I was asked recently to provide a headshot. No problem just step into my studio – except I don’t have one, what to do? I quickly set up at the kitchen table in front of a glass door looking out into the garden. A couple of issues arise, balancing indoor and outdoor light and not getting a reflection on the glass as well as properly lighting the subject. With an on cam flash options are limited, you will get hard light from the front only, a big reflection on the glass and the background will be quite dark. Using off cam flashes you can control the light giving a much better result.

Here I used two strobes off camera, one with a stofen pointing up and into a corner, the other pointing up at the ceiling from the other side with a small reflector to push some light forward. So point number one, no direct light. 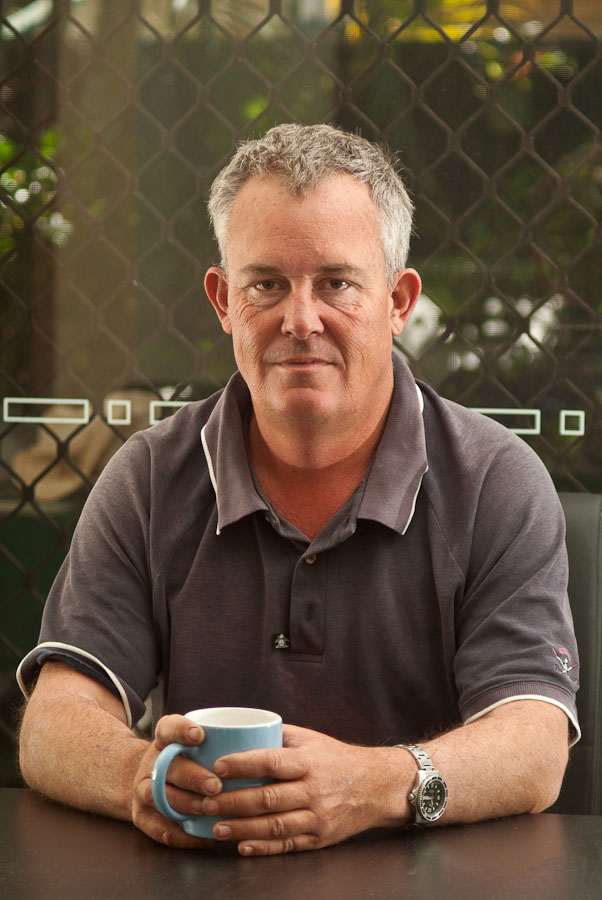 The resulting image is reasonably evenly lit and there is balance in the foreground and background lighting. The glass has a small reflection from outside and if I were paying more attention I might have used a polariser to kill the reflection. Likewise there is a small shadow under the chin which a reflector at the front would have fixed but I’m not going to lose any sleep over that. I’ve used a 70-210 @ f4 at a distance of about 5 metres as well to be sufficiently distant from the shot and subdue the background which is nicely blurred. Had I used a wider angle from closer in the image might not have appeared as evenly lit and you would have seen all the junk on the table in the background quite clearly.

Now the interesting thing about this is how quickly it was to set up and test, maybe 5 minutes. No cables, no umbrellas. I am using Sony gear which inherits Minolta’s cleverness and their wireless flash system is pretty clever. All the flashes were set to wireless and the strobe on the cam was used to trigger them – that’s it. They can be test fired from the camera and the camera took care of ensuring proper exposure – brilliant.