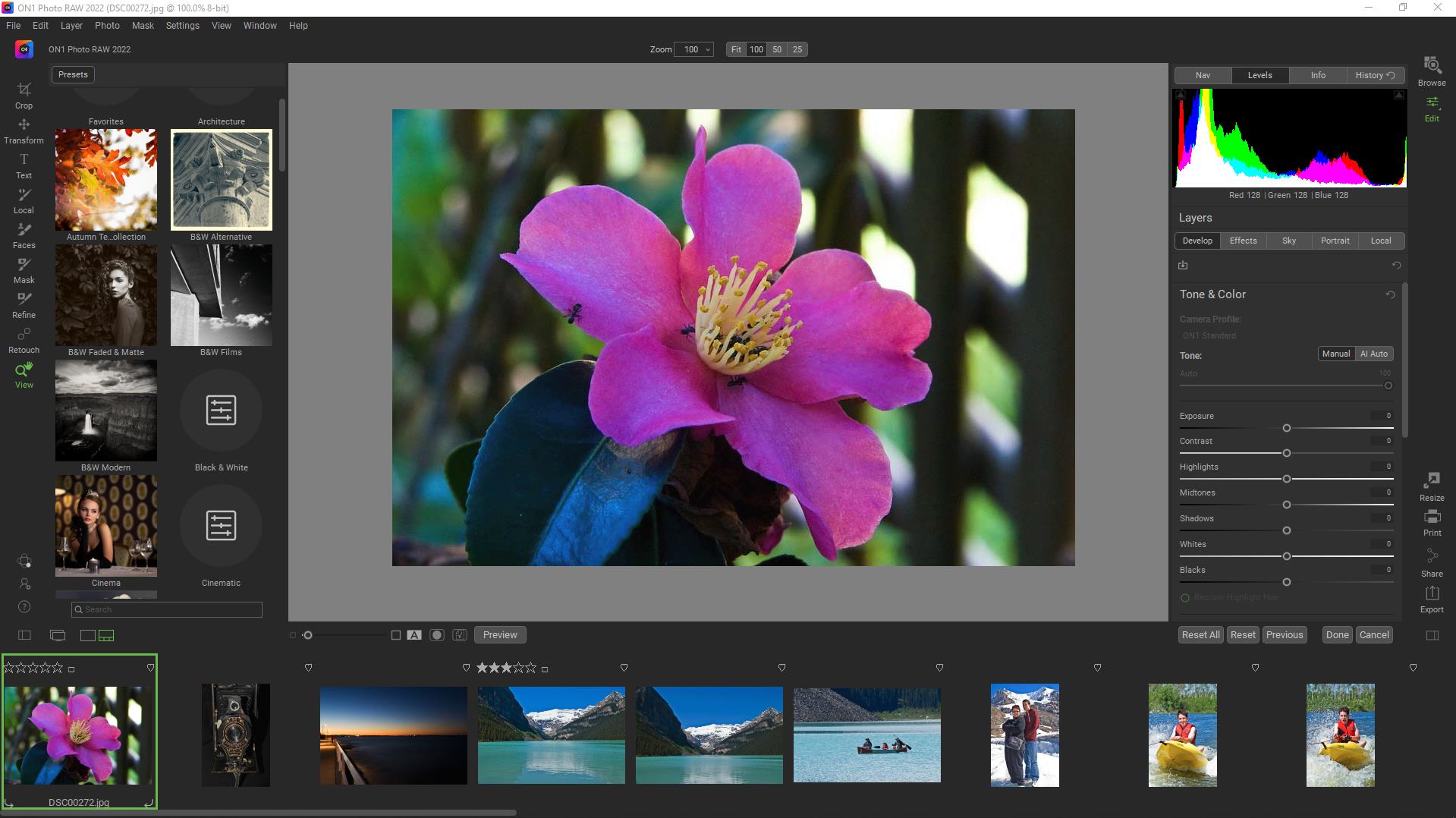 Over the years I’ve moved from shooting jpeg only to RAW. In the first instance because that’s all my very basic cameras would permit, and later as software to manage and manipulate RAW files became available and improved, it became the only way to go. You can read more about my thoughts on shooting RAW here.

In the very beginning there was Photoshop, the premium image editor. The things you could do! But only with jpegs. And of course there would be files all over the place too,

Then Adobe Camera RAW appeared, a crude stand alone RAW file editing tool which required some commitment to learn to use. Along with Adobe Bridge and Photoshop, you could with some effort, manage your files, convert them to jpg or TIF, push them into Photoshop for final editing. It was sensationally tedious, unbelievably amazing and the birth I daresay of the digital darkroom proper.

Enter RAW Shooter, an innovative tool at the time which combined all these things into one package. It was slick and fast and garnered its fair share of users including me. It spawned some useful addons, finessed the digital asset management side of things (DAM) and was a great leap forward integrating the previously separate elements of image management and editing workflow.

RAW Shooter was subsequently and maybe unsurprisingly acquired by Adobe whose Lightroom product bore a striking resemblance functionally. As a RAW Shooter user I was supplied LR 1 on the house and what a fine thing it turned out to be, even in its first release. I stuck with it until version 6 when Adobe decided that everyone needed to turn over their wallets and pay by the month for the privilege of using Lightroom. As a by now mature application, the value proposition didn’t stack up.

I and doubtless many others looked for an alternative and identified ON1 as a worthy successor. Whereas Lightroom required Photoshop to perform any final editing or compositing, ON1 integrated that layer as well which meant everything could be done in the one tool. And if you wished you could still export to the tool of choice, seamlessly.

But wait there is so much more. It is a very slick feature rich toolset which has another layer of awesome added each year. And what that means is that you can go back to old RAW files and create even more impressive images easier than previously. Happy days.